V1. Fill in the blanks with the words given in the box.
delayed, evil-minded, impressed, break his word, imprisoned, delighted

V2. State whether the following statements are true or false. Write ‘True’ or ‘False’ in the brackets provided.

Question 3.
Why did the king want to punish Pythias?
Answer:
Pythias called the king cruel and said some things against him, so he was to be punished.

Question 5.
What was the condition put by the king?
Answer:
King will fix the day and the hour of Pythias return. If he did not return in time, his friend Damon will have to die instead of him.

Question 6.
Why was Phythias delayed while returning?
Answer:
He had to face many dangers and so he was delayed.

Question 7.
What did both the friends argue over?
Answer:
“Pythias – I have come, please do not kill Damon. I have come back to take the punishment. Please hang me. Damon said “No please hang me. If he were to be late, then I would have been hanged. So I am to be punished”. Both of them argued for some time.

Question 8.
Why did the king set both of them free? King had never seen such friendship.
Answer:
Pythias and Damon kept their promises. King was happy to know that such friendship exists. So he set both free.

II. Discuss these questions in your group and answer them in four to six sentences each:

Question 1.
How do we know that Damon and Pythias were very good friends? Give some examples from the story.
Answer:
Pythias was punished. Before dying he wanted to fulfill some work. At this time Damon offered to be in prison. At the last moment, he was happy to die for Pythias. This shows that they were good friends.

Question 2.
What made the king change his decision in the end?
Answer:
Seeing is believing when the king saw their loyalty to each other, he was impressed and he changed his mind.

L1. Discuss in pairs and fill in the table with the things that you find in your house. One is done for you:

L2. Write about yourself in complete sentences. 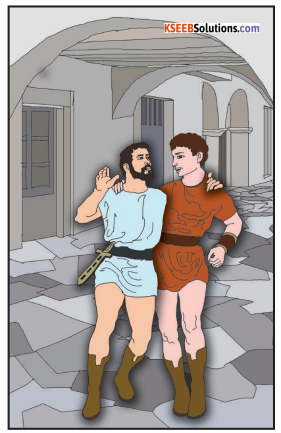 Damon and Pythias were friends and lovers of truth. They lived in Syracuse ruled by king Dionysius. The king was an evil-minded meter. The king got angry when he heard that Pythias had called him cruel. For this he was to be hanged.

Pythias’ last wish was to meet his mother, arrange his sister’s marriage but the king would not leave him. Damon accepted to be in prison till Pythias returned. The king gave him some time to finish his responsibili¬ties. If Pythias failed to return, Damon would die. 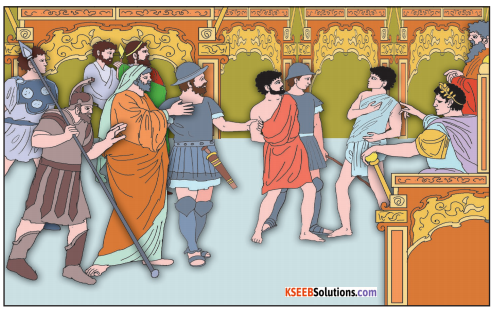 Pythias, while returning, faced many dangers and so he was delayed. So Damon was taken to be executed. The king made fun of Pythias but Damon was very sure that Pythias would return. Damon was happy to die for Pythias. At the last moment Pythias came running, gasping for breath He hugged Damon and cried. He asked the guards to give him the punishment. Seeing this the king was very much impressed with their loyalty and set both of them free. 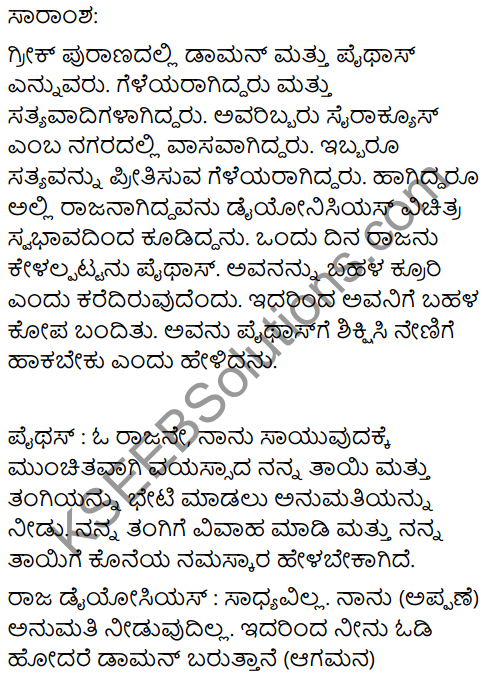 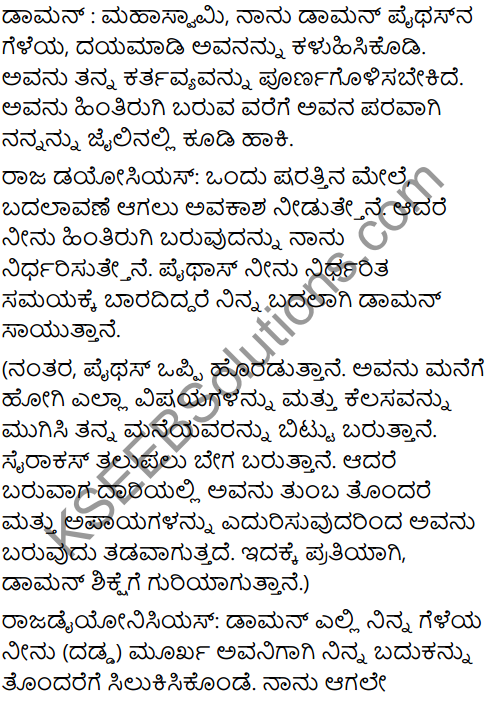 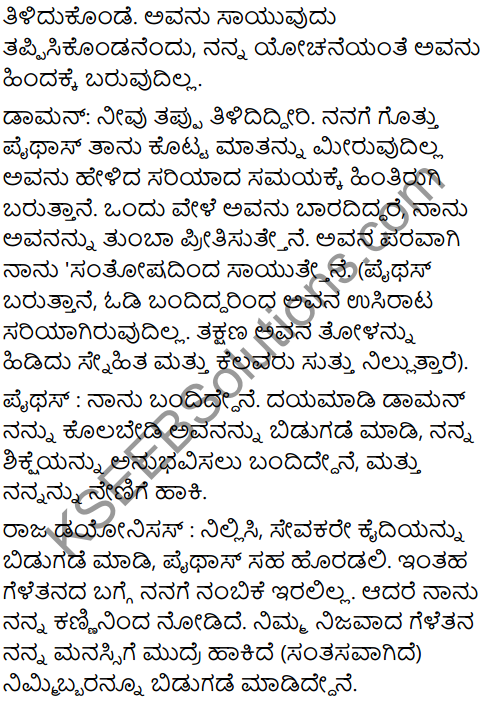 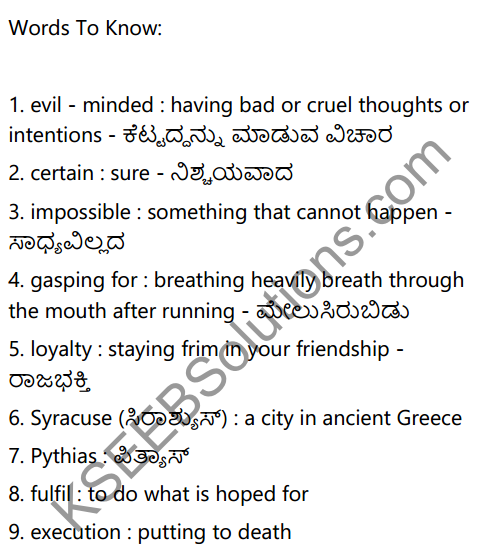