Question 4.
What is city?
Answer:
A densely populated area of considerable size in a city which is larger than town. An urban center with 1 lakh and more population is called city.

Question 6.
Which are the methods of rain water harvesting?
Answer:

Question 10.
Which is the milk pipeline in India?
Answer:
Gujarath, that is from Anand dairy to Ahmedabad.

Question 11.
Write a short note on food gathering?
Answer:
Gathering of products from nature to fulfill their basic needs like food, clothing and shelter. In some parts of the world, the people lead a simple life depending upon the nature for their livelihood like collect the wild fruits root, nuts, leaves for the food, bark of trees, leaves and grass for clothing, branches of tree, bamboo, leaves for making their homes for ex> few nomadic tribes in the world.

Question 12.
Give any four reasons, why “coniferous forest” is most suitable for the lumbering
Answer:

Question 17.
What are the uses of minerals?
Answer:

Question 22.
What are the causes of deforestation?
Answer:

Thus, the physical environment has been greatly modified by human beings; at the same human life is also influenced by nature. Human being were able to develop technology through their struggle with the environment and better understanding a natural laws.

Measurements of Human Development:
Human development is measured with –

I. The Human development index: It is measured in three dimensions.

II. The Human poverty index: It measures the short fall in human development in following indices.

Question 25.
What is migration? Explain the important causes of migration?
Answer:
The movement of people from one place to another place is knowm as Migration.
Causes of Migration : Migration is caused by a variety of factors including economic, social and political factors. Some of them are briefly discussed below.

Question 28.
Discuss the factors which has the affected on human development index in India?
Answer:
Factors influencing on HDI of India are discussed below:

Question 29.
Explain the development and distribution of other types of irrigation?
Answer:
Sprinkler Irrigation :

Question 30.
Give an account of water conservation and management?
Answer:
Water Conservation refers to the action taken to use water effeciently. It involves the controlling, protecting, managing & planning for the wise use of our scarce water resources.

The following strategies can be adopted for conservation of water.

Question 31.
Explain the condition for growth and give reasons for the concentration of coffee cultivation in south India?
Answer:
Conditions for Growth:

Reasons for the concentration of coffee in South India :
The Coffee plant was first introduced in lndia by a muslim Fakir, Bababudan Sahib who brought some seeds from Mecca during 17th Century and planted the seedlings in Chandragiri Hills now. It is called Bababudan Hills in Chikmangalur district of Karnataka. Then it was spread to the neighbouring districts of TamilNadu, Kerala & other parts if the country.

4. Fertilizers :
India is a major importer of chemical Fertilizers. It is because the country is agrarian and the Internal production of fertilizers is insufficient. Potash fertilizers are largely imported.
Exports of India : Export trade of India refers to the sale of goods and services by India to other countries of the world.

The main items of our exports are as follows :

Question 35.
Discuss the Importance, distribution and production of coal in India?
Answer:
Importance :

These four states contributes 84.33 percent of the India’s coal production.

1. Chhattisgarh : It is having first place in the production of coal in India.

2. Jharkhand : Jharkhand is the second larg¬est producer of coal in India.

3. Odisha : It is the third largest producer of the coal and contributing 19.5 percent of the total coal production of the country.
Most of its coal deposits in Dhenkanal, Sambalapur and Sundaragh districts.

4. Madhya Pradesh : Jharkhand is the second largest producer of coal in India.
The main coal depoists are located in Sindhi, Shahdol, Betul, Narasingour and Chhindwara districts.

6. Maharashtra : The coal deposits of the state occur in Wardha valley, Ballarpur, Warora in Chandrapur district.

Production : The total reserves of all grade coal in India is 283.50 billion tonnes. 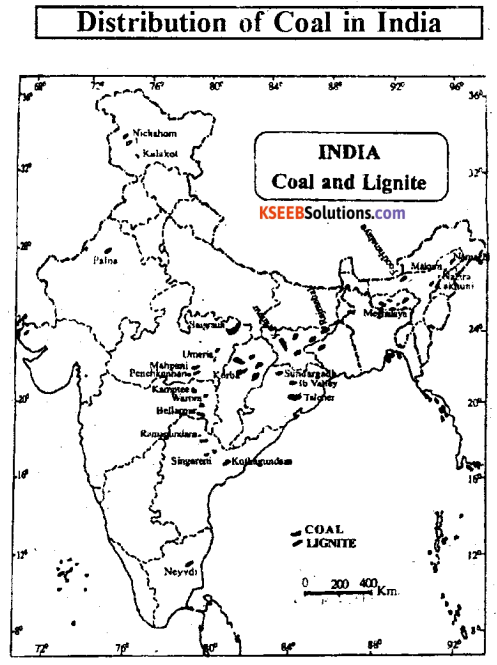 Question 36:
Give an account of auto mobile industry in India?
Answer:
The term “Automobile” is applied to any self-propelled vehicle powered by an Internal combustion engine & designed to transport passengers and goods over roads and highways.
Development :

Location Factors:
The main factors favour the growth of automobiles industry are: 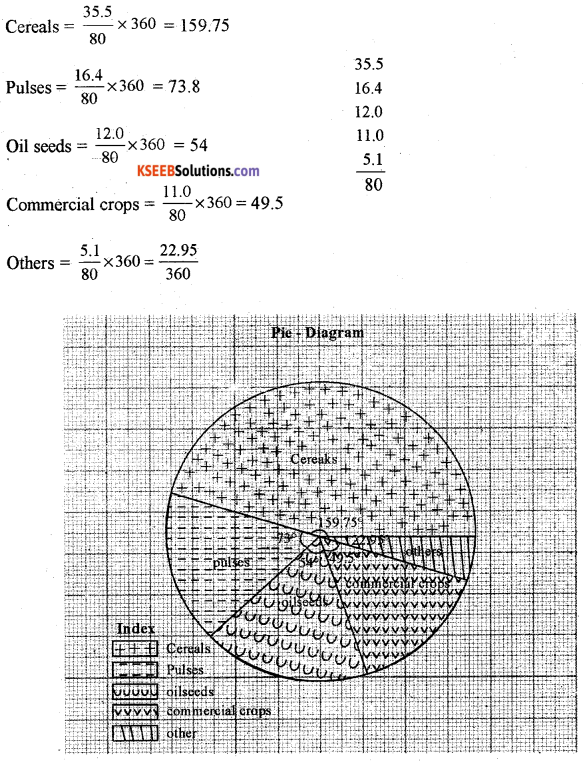 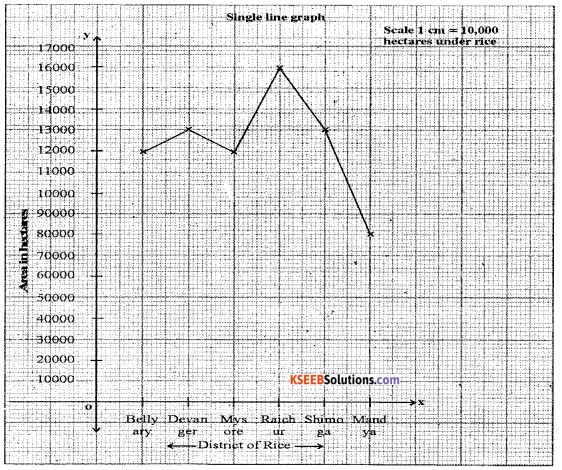 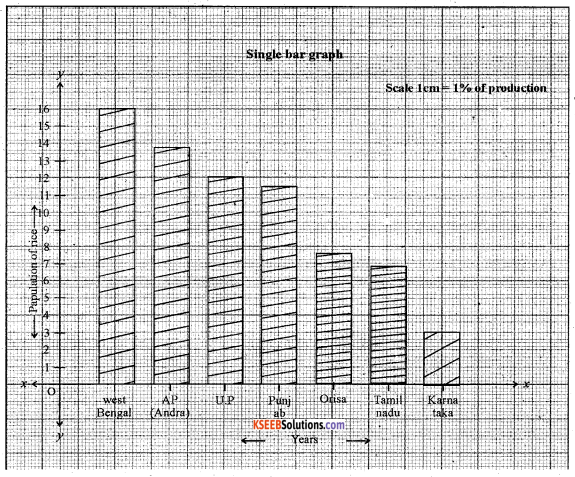 Question 39.
(a) Explain the secondary source of data?
Answer:
Meaning – The data those have been collected and analyzed already by some departments, organizations, NGO’s etc… are called Secondary data.

Types of Secondary sources of data:

1. Published sources – There are 5 types

2. Unpublished sources – There are 3 types.

(b) Explain the functions of GIS?
Answer: