Question 1.
An urn contains 5 red and 5 black balls. A ball is drawn at random, its colour is noted and is returned to the urn. Moreover, 2 additional balls of the colour drawn are put in the urn and then a ball is drawn at random. What is the probability that the second ball is red ?
Answer:
In the first draw the ball may be red or black 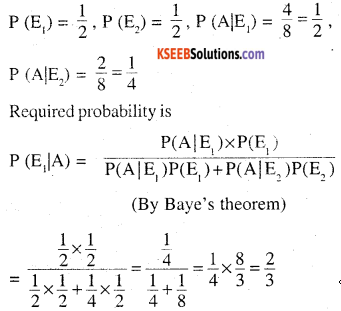 Question 3.
Of the students in a college, it is known that 60% reside in hostel and 40% are day scholars (not residing in hostel). Previous year result report that 30% of all students who reside in hostel attain A grade and 20% of day scholars attain A grade in their annual examination. At the end of the year, one student is chosen at random from the college and he has an A grade, what is the probability that the student is a hostlier ?
Answer:
E1 : Student is a hostler
E2 : Student is a day scholar
A : student has an A grade 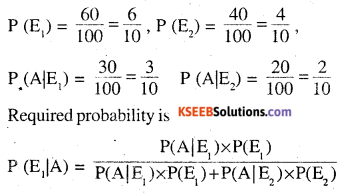 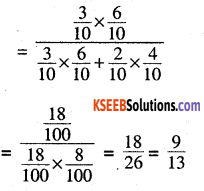 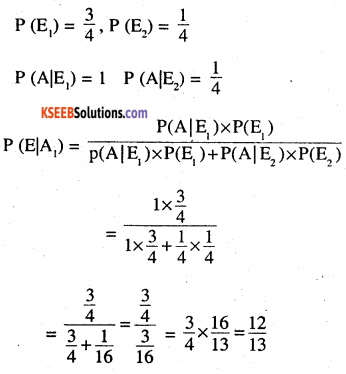 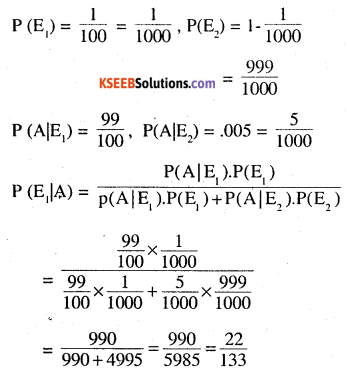 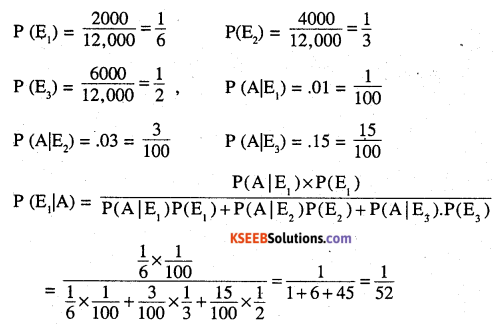 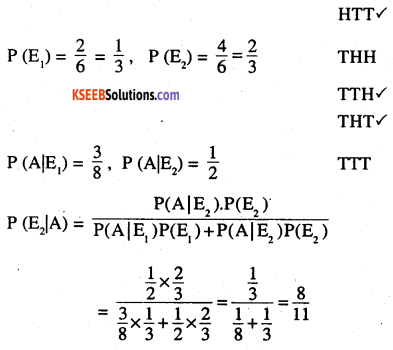 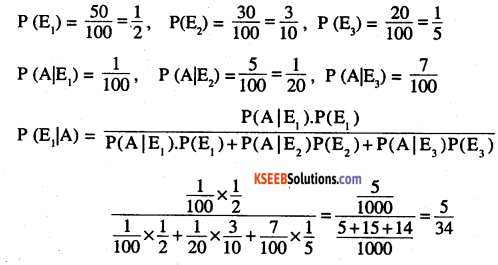 Question 12.
A card from a pack of 52 cards is lost. From the remaining cards of the pack, two cards are . drawn and are found to be both diamonds. Find the probability of the lost card being a diamond.
Answer:
Let E1 : Lost card is diamond.
E2 : Lost card is not diamond
A : Two cards drawn are diamond 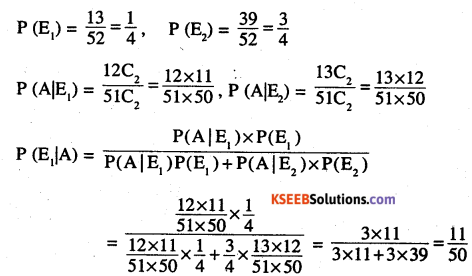 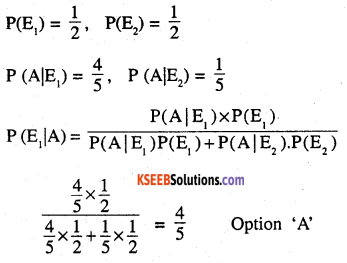