1. The following bar chart represents the results of a survey based on information about how rural and urban women spend the hours of their day for some chosen activities on an average. Based on this information, write a report in about 150 words.

Time spent on chosen activities by Rural and Urban Women

2. The pie chart given below represents the results of a survey conducted by a non – profit NGO to understand how a rural family spends its income on various items. Based on the information, write a report in about 200 words. 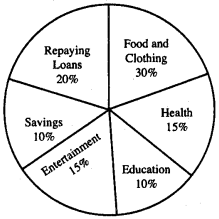 The pie chart above throws light on the spending pattern of rural families. The chart indicates that a typical rural family spends the least, that is, 10% each of its income on savings and education. Entertainment and health consume 15 % each. Next stands repayment of loan at 20%. the highest percentage, that is 30%, is spent on food and clothing. It is clear from the chart that the people concerned need to be educated about profitable saving plans and for this their educational level should also improve. Thus, it is surmised that a campaign to improve the educational levels of the people of the rural areas might bring about progress. 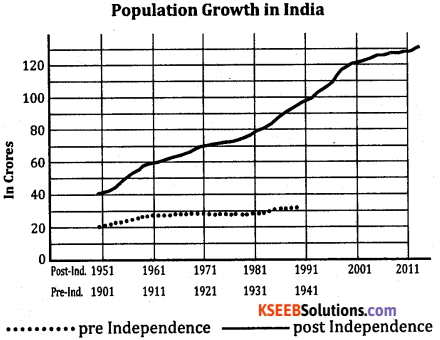 From the situation it is crystal clear that the government should think of stringent ways with which there can be an effective control over the population growth because for the economic growth of a country population explosion would pose serious threats.

The main aim is to share the knowledge and help the students of 2nd PUC to secure the best score in their final exams. Use the concepts of Karnataka 2nd PUC English Answers Workbook Answers Streams Report Writing in Real time to enhance your skills. If you have any doubts you can post your comments in the comment section, We will clarify your doubts as soon as possible without any delay.